The Lost Road and Other Writings: J.R.R.Tolkien & Christopher Tolkien, First Published in 1987 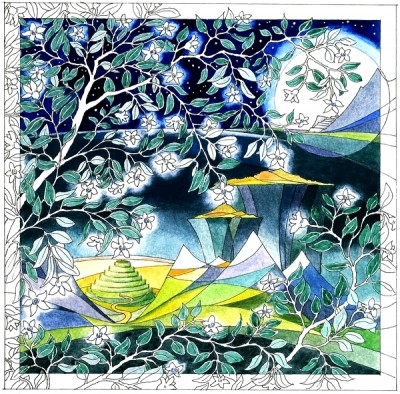 The Father made the World for Elves and Mortals, and he gave it into the hands of the Lords. They are in the West. They are holy, blessed, and beloved; save the dark one. He is fallen. Melko has gone from the Earth: it is good. For Elves they made the Moon, but for Men the red Sun; which are beautiful. To all they gave in measure the gifts of Iluvatar. The World is fair, the sky, the seas, the earth, and all that is in them. Lovely is Numenor. But my heart resteth not here for ever; for here is ending, and there will be an end and the Fading, when all is counted, and all numbered at last, but yet it will not be enough, not enough. What will the Father, O Father, give me in that day beyond the end when my Sun faileth?

--The Song of Firiel

The Lost Road and Other Writings is the fifth volume of The History of Middle-earth and it concludes Christopher Tolkien's works on the writings of his father that encompass the First Age. The volume concentrates on the later revisions and versions of topics covered in previous volumes of The History of Middle-earth, adds even more detail and includes new subject matter not previously discussed, giving the reader a much more comprhensive appreciation of the Tolkien universe.

The Lhammas and The Etymologies: Here you have the utterly fascinating account of the evolution of the Elven culture and language. The translation of the term The Lhammas means "Account of Tongues," and is the history of Elven linguistics. The Etymologies is literally a lesson in Elven grammar, given by the Professor himself, assisted most ably by the comments of his son, Christopher. Want to speak Elvish? This is where you start.

The Fall of Numenor: This chapter discusses the fall and ultimate destruction of the island of Numenor in several versions and revisions. It is significant in that this where we see Tolkien's connection of Numenor to Middle-earth. Aragorn, son of Arathorn, was the last of the line that descended from the Numenorean Kings.

The Quenta Silmarillion: This is "the history of the Three Jewels, the Silmarils of Feanor, in which is told in brief the history of the Elves from their coming until the Change of the World." Here, it is Christopher Tolkien's editing that has done a masterful job at telling the fate of the three Silmarils. This read is a revelation.